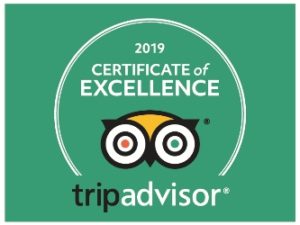 Far to the south-west lies Omo National park the largest in the country, with an area of 4,068 square kilometers. It is a vast expanse of true wilderness, adjacent to  the Omo River, which flows southwards into Lake Turkana and is one of the richest and
least-visited  wildlife sanctuaries in eastern Africa. Eland, oryx, Burchell’s zebra, Lelwel hartebeest, buffalo, giraffe, elephant, waterbuck, kudu, lion, leopard and cheetah roam within the park’s boundaries.

The Omo Valley is  virtually free of human habitation but is rich in palaeo-anthro-pological  remains. According to scientific research done in 1982 by the University of California at Berkeley, hominid remains from the Omo Valley probably date back more than four million years.
Much of Africa’s volcanic activity is concentrated along the immense 5,000-kilometre crack in the earth’s surface known as the Rift Valley. It is the result of two roughly parallel faults, between which, in distant geological time, the crust was weakened and the land subsided. The valley walls – daunting blue-grey ridges of  volcanic basalt and granite – rise sheer on either side to towering heights of 4,000 meters. The valley floor, 50 kilometers or more across, encompasses some of the world’s last true wildernesses.

Ethiopia is often  referred to as the ‘water tower’ of eastern Africa because of the many rivers that pour off its high tableland, and a visit to this part of the Rift Valley, studded with lakes, volcanoes and savannah grassland, offers the visitor a true  safari experience
The Omo River  tumbles its 350-kilometre way through a steep inaccessible valley before slowing its pace as it nears the lowlands and then meanders through flat, semi-desert bush, eventually running into Lake Turkana. Since 1973, the river has proved a major attraction for white-water rafters. The season for rafting is between September and October, when the river is still high from the June to September  rains but the weather is drier.

The river passes varied scenery, including an open gallery forest of tamarinds and figs, alive with colobus monkeys. Under the canopy along the riverbanks may be seen many colorful birds. Goliath herons, blue-breasted kingfishers, white-cheeked turacos, emerald-spotted wood doves and red-fronted bee-eaters are all rewarding sights, while monitor lizards may be glimpsed scuttling into the undergrowth. Beyond the forest, hippos graze on the savannah slopes against the mountain walls, and waterbuck, bushbuck and Abyssinian ground hornbills are sometimes to be seen.

Abundant wildlife, spirited rapids, innumerable side creeks and waterfalls, sheer inner canyons and  hot springs all combine to make the Omo one of the world’s classic river  adventures.

East of the Omo  River and stretching south towards the Chew Bahir basin lies the Mago National Park, rich in wildlife and with few human inhabitants. The vegetation is mainly  savannah grassland and bush, extending across an area of 2,160 square kilometers. Mammal species total 81, including hartebeest, giraffe, roan  antelope, elephant, lion, leopard and perhaps even a rare black rhino.