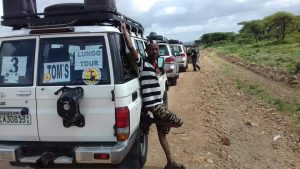 Ethiopia can be visited at any time of the year and given its size, climate can vary from one region to another. In general, the best time to go is during the dry season which is around October until June (except in South Omo which experiences rainy weather on April and May). Peak season is between October and January when scenery is still lush and green.

In general it is best to travel here in the months directly after the rainy season. So from October to March most people will visit these areas. Some advantages to traveling here during the rainy season are encountering fewer tourists at the main sights (particularly in Lalibela) as well as seeing the landscapes when they are green and more impressive. Traveling during rainy season will also give you discounts and most days you will do just fine with an umbrella in hand.

Best time to trek in the Simien Mountains

The best months to trek here are from September through November. The rainy season ends slightly sooner here than in the north and central parts of the country, and the trekking views are stunning when everything is still green. The wildflowers are in full bloom in October and the area is still relatively dust free due to the moist grounds.

The Omo Valley follows a rainy season pattern that is slightly earlier than the rest of the nation from April through June, and has a short second rainy season in October as well. The best times to visit this area are August to October, as well as from December to January.

The Danakil Depression is one of the hottest places on Earth, with temperatures averaging up around 120 F most of the year. The ‘coolest’ time to visit the area is from November to early January. Any other time of year and you are likely to see temperatures above 120 F.